UFOP was included in the Times Higher Education Impact Rankings 2022 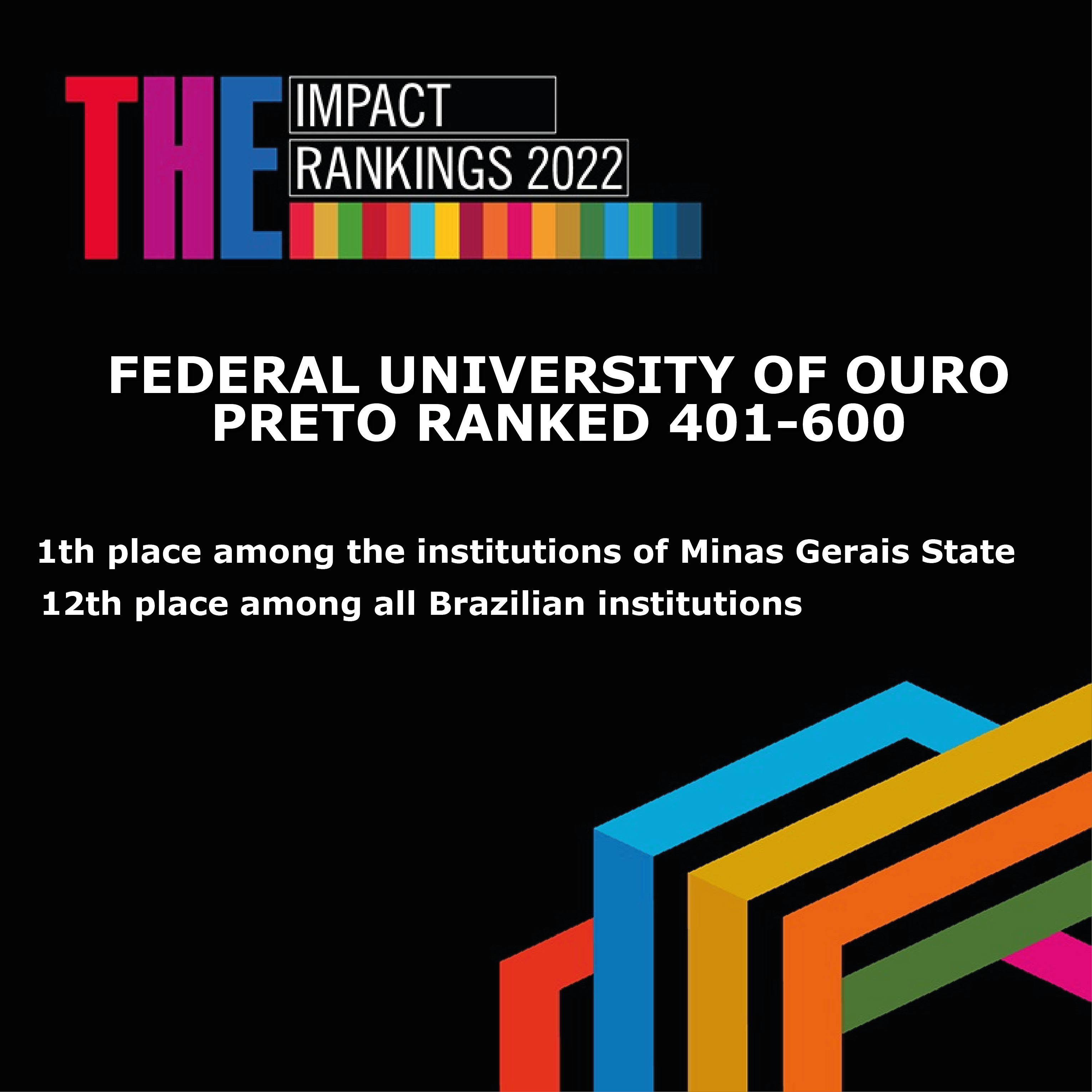 For the second consecutive year, the Federal University of Ouro Preto is among the best educational institutions included in the Times Higher Education (THE) Impact Rankings. According to the results published on April 27, UFOP got the 12th  position in the Brazilian university ranking and was the first among the ones in Minas Gerais State.

This year, UFOP had an overall score of 65.1 (out of 100) and was ranked 401-600 among the 1,406 institutions worldwide that were listed in the Ranking (an increase of 291 universities compared to 2021). THE Impact Rankings measures universities’ efforts to achieve 17 UN Sustainable Development Goals (SDGs). UFOP was evaluated in all SDGs, outstanding in the following ones:


SGDS 8: Decent work and economic growth. Score 58.7. UFOP was between 301-400 position among the 849 institutions ranked for this issue.


UFOP's high ranking is a consequence of the numerous actions promoted by the University, such as extension projects, academic scholarship programs, student assistance program, diversity and inclusion policies, among others.