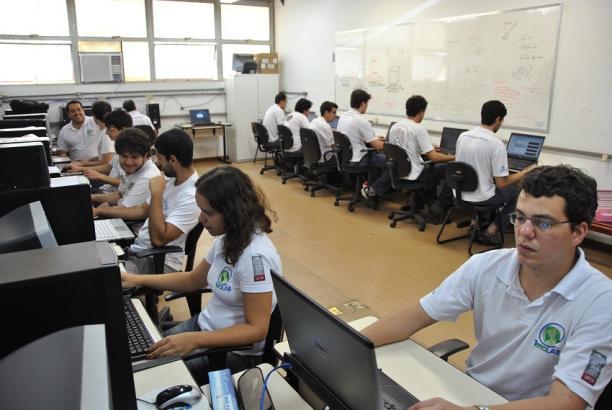 TerraME, an environmental modeling platform developed by the TerraLAB System Modeling and Simulation Laboratory at the Computer Science Department in UFOP, has become an important tool for researchers and government entities.

The National Institute of Space Research (INPE), for example, is one of the partners of the Laboratory, and uses the software for issues related to soil use and soil coverage. Another partner is the Oswaldo Cruz Foundation (Fiocruz), which adopts the platform for issues related to tropical diseases control, such as dengue. In the case of the Brazilian Agriculture Research Corporation (Embrapa), TerraME is being used to analyze the effects of erosion, climate change and grain production.

The project, which aims to understand the interactions between society and nature, as well as generate scenarios on future environmental variations, is developed by undergraduate and graduate students. The laboratory coordinator, Professor Tiago Garcia de Senna Carneiro, states that, ”the software has allowed several institutions to evaluate and create public policies through the analysis of scenarios simulated by a computer".

In addition to TerraME, the partnership between INPE and UFOP has just produced a new version of the LuccME system, which is an extension of TerraME with several tools to simulate the occupation of the soil by the society. Learn more about the uses of the software by the INPE here.