Student and Professor from UFOP present at the IEEE Sensors Congress 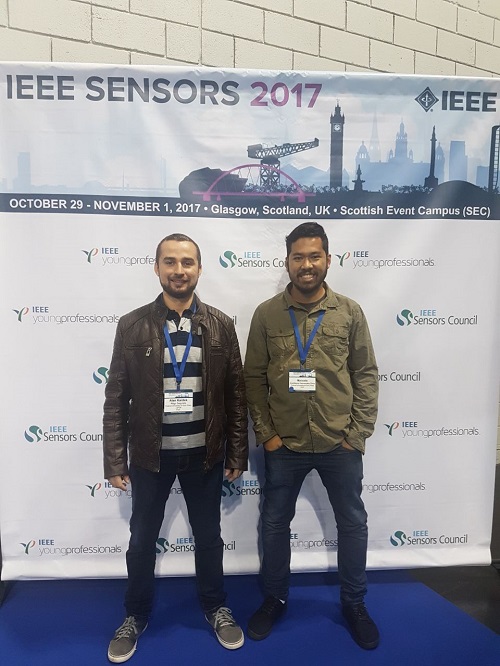 Marcelo presented his creation, a wireless portable sensor which is used to measure the level of fuel and Alan presented the results of field tests with an electrical parameter sensor of soil. Both works were developed at UFOP.