Congolese refugee professor lectures about violation of freedom of expression

The Federal University of Ouro Preto received last week, Thursday (9), Sylvie Debs, creator of a shelter house in Brazil, and Congolese refugee professor Felix Kaputu to speak about violations of freedom of expression.
Guided by UFOP teachers, Carlos Magno Paiva and Alexandre Bahia initially explained the importance of the Science Without Boarders Program and the fruits of the program that will be collected in the future as an exchange of knowledge.
Sylvie began with historical data about persecutions and degenerate arts to explain her project. She created CABRA (Brazilian Houses of Refuge) in Brazil based on the International Cities of Refuge Network (ICORN) and said that "bringing the project (to Brazil) was a pleasure."
Created in 2006, CABRA is a structure for the protection of refugee writers and was developed based on the need to have city shelters, as over the years there has been an increase in requests for help. Sylvie added that this exchange of information is very interesting and enriching.
Lecturer Felix Kaputu discussed the lack of freedom of speech. By expressing support to the students of his country, the professor ended up being one more writer who needed to take shelter after receiving threats. Felix mentioned that he felt privileged to be at UFOP sharing this world issue, showing the "reality shock about what happens today", such as deaths, escapes and the difficulties of those who decide to immigrate. Faced with this challenge, he left the message that "the world needs to organize and look at these people".
For the student in the second period of Law course, Marina Inacio Otaviano, this is "a current subject that has permeated the history of the world. It is very important to bring into the University people who have the experience of welcoming or being a refugee because it is something that increases contact with reality and helps in legal knowledge."
For him, universities are the best place to be and where he says he feels very good, because "it is the place of freedom. It is where we can celebrate diversity".
Tweet 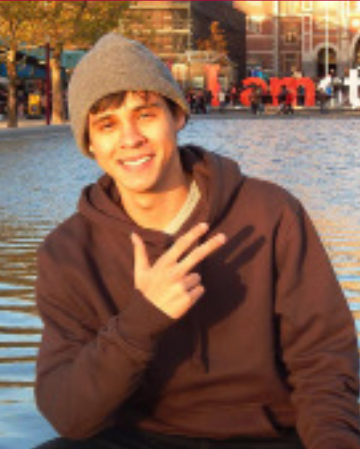