CAINT celebrates 10 years of dedication to the internationalization of UFOP 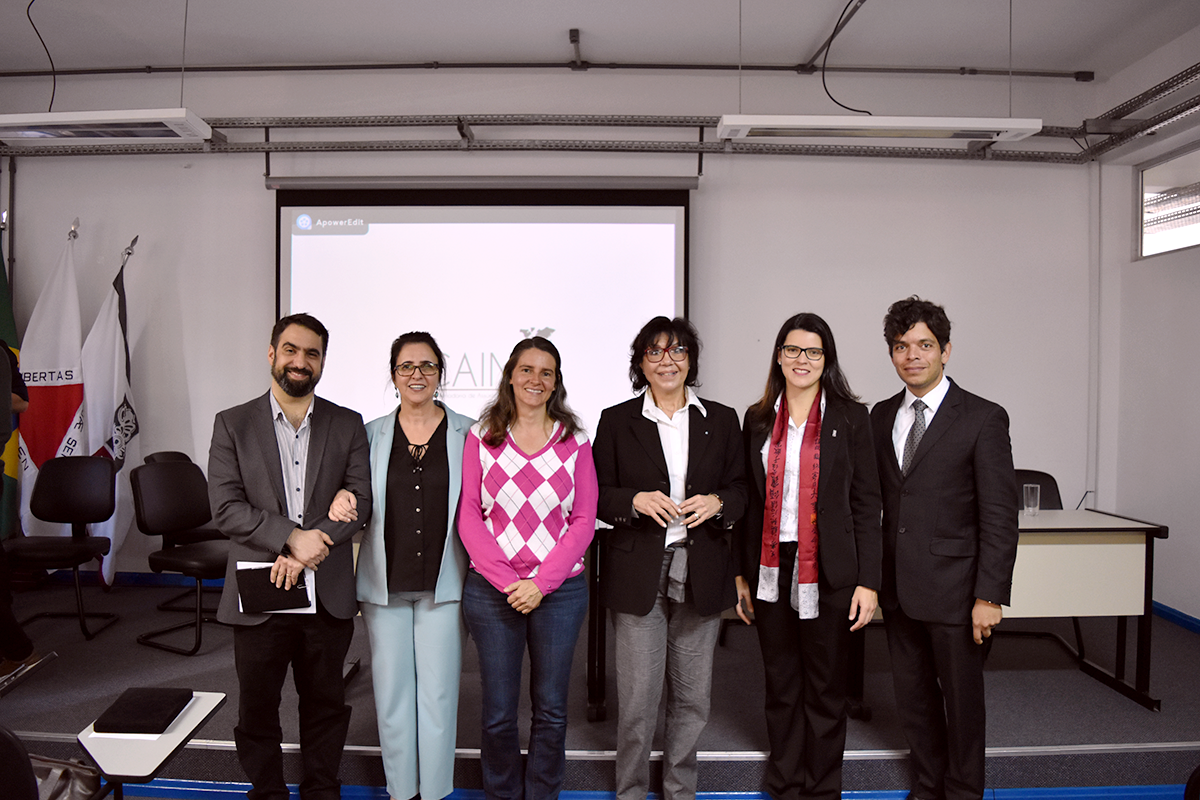 The celebration was held with the roundtable "The Internationalization of UFOP in Perspective", which was attended by the Ex-Coordinators of CAINT, Prof. Dulce Mindlin, Prof. José Luiz Albuquerque, Prof. Carlos Magno de Souza Paiva and Prof. Alessandra Kozovits, in addition to the current Coordinator, MSc. Jaqueline Schultz.

At the meeting, mediated by UFOP’s Rector, Prof. Cláudia Aparecida Marliére de Lima, the coordinators reflected about the process of internationalization of UFOP and talked about some of the experience and history that they lived at CAINT over 10 years. As stated by Prof. Cláudia Marliére, the internationalization of UFOP began with the establishment of the School of Pharmacy and School of Mines, through agreements with foreign institutions and with the participation of UFOP in various programs, such as the traditional PEC-G (Programa de Estudantes-Convênio de Graduação) and IAESTE. During her management as Pro-Rector of Extension, in 1996, UFOP had an Advisory International Affairs Office.

Since the establishment of the Advisory International Affairs Office (ASSINT) in 2006, which became CAINT in 2009, there have been approximately 1700 UFOP students’ mobilities registered, the reception of around 400 foreign students and 93 agreements with institutions from 24 different countries.

For Jaqueline Schultz, current Coordinator of International Affairs Office, the event "was a very positive experience, because besides gathering all the coordinators who were part of CAINT, in the year that UFOP reaches 50 years old, it was a moment to recognize and thank for the work developed by all the people who have been and are involved in the internationalization of UFOP: students, technical-administrative staff, professors and partner institutions". She added: "We hope that CAINT will continue to contribute to the mission of UFOP and that internationalization becomes increasingly present in the academic environment."